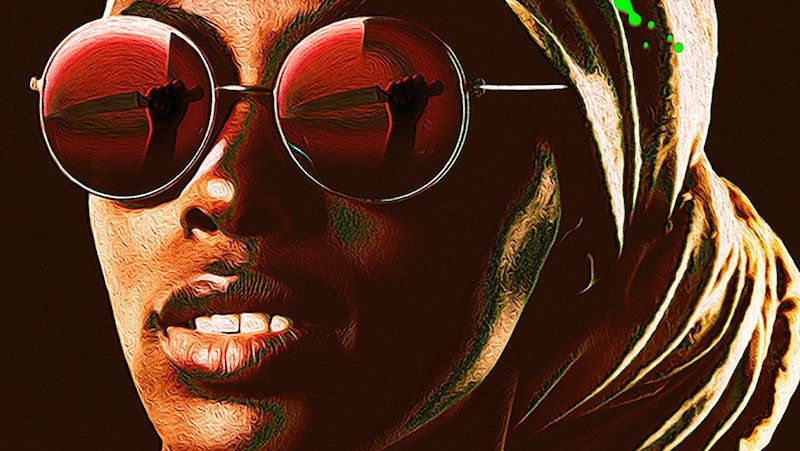 Do women have better sex under socialism?

What does Michelle Obama really think of Donal Trump?

Why does Jonathan Franzen love birds so damn much?

This week’s most interesting reviews consider all of these burning questions and more.

“Ghodsee’s reclamation of this socialist history is timely,” writes Jess Bergman in her Jewish Currents essay on Kristen R. Ghoosee’s provocatively titled Why Women Have Better Sex Under Socialism, “particularly as capitalism’s defenders attempt once again to wield it like a cudgel,” though Bergman also criticizes the book for its conspicuous “absence of a more robust vision of collective action.”

Over at The Atlantic, Hannah Giorgis reviews Michelle Obama’s much-anticipated memoir, Becoming, writing that the book “is at its most striking when it offers readers a glimpse at the preternaturally composed former first lady’s moments of fear and frustration.”

The bird rhapsodies and climate change musings are top-notch; the rest, decidedly less so. So writes Charles Arrowsmith in his Washington Post review of Great American Novelist/Ornithologist Jonathan Franzen’s new collection of essays, The End of the End of the Earth.

We’ve also got Saeed Jones’ New York Times review of Kiese Laymon’s harrowing family memoir, Heavy (“Laymon’s writing, as rich and elegant as mahogany, offers us comfort even as we grapple with his book’s unflinching honesty”) and Josephine Livingstone on Oyinkan Braithwaite’s “portrait in pain, but also in a dark kind of humor,” My Sister the Serial Killer (“Braithwaite’s writing pulses with the fast, slick heartbeat of a YA thriller, cut through by a dry noir wit”).

“Despite her balanced retelling of the benefits won (and lost) by Soviet women throughout the 20th century, Ghodsee anticipates the reaction of those for whom any nuanced understanding of the state socialist project will always be anathema—’the sputtering and bluster of those who insist it was pure evil, end of story.’ Indeed, for all that pundits delight in describing campus protesters as ‘Stalinist,’ the borders of acceptable conversation when it comes to the Soviet Union are patrolled like few other subjects in American public discourse…Ghodsee’s reclamation of this socialist history is timely, particularly as capitalism’s defenders attempt once again to wield it like a cudgel. At no point does Ghodsee suggest these policies were somehow ‘worth’ the tradeoff of living under an authoritarian regime or deny the unique hardships that faced the women of the Soviet Union and Eastern Bloc. Rather, she says, ‘we should study [their] successes and salvage what we can’ … After starkly outlining the degree to which women suffer under capitalism and stressing that not only is another world possible, but it has already, at least partially, existed (and continues to exist in the social democratic countries of Northern Europe), Ghodsee’s prescription for contemporary American women feels anemic … The absence of a more robust vision of collective action is conspicuous. Following Ghodsee’s insistent reclamation of a maligned history and the women who dedicated their lives to socialist struggle, her conclusion is akin to trailing off … Still, it’s a credit to Why Women Have Better Sex Under Socialism that it made me want to do much more than vote.” 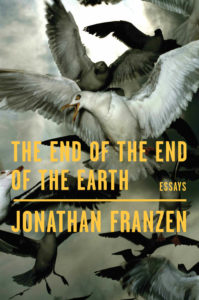 “After all [of the controversy surrounding him], does Franzen the Great American Novelist succeed, in his new collection, in drowning out the noise that threatens to subsume his reputation? Hesitant yes … The title essay is excellent, part family memoir, part Antarctic birding cruise, with both elements playing to Franzen’s strengths. In fact, all the bird bits are good. With an enthusiast’s glee, he introduces sword-billed hummingbirds, mountain witches, Jamaican lizard cuckoos, John crow (a.k.a. the turkey vulture) and dozens more. His imaginative engagement with his feathered subjects produces a sense of wonder … Elsewhere, though, Franzen falters. The Wharton piece, originally published in the New Yorker, should have been revised—the relationship between her alleged plainness and the question of sympathy in her books is, frankly, ill-developed. Perhaps it was a failure of irony, but a musty chauvinist air still lingers … His avoidance of easy answers has always made Franzen worth reading. Coupled with a self-consciousness that appears to second-guess his critics, it makes his work stimulating even when it isn’t comfortable. He is at home with his own discomfort and often explicitly uneasy about his privilege … Read his latest for the avian rhapsodies and nuanced climate politics, but also because there’s more to any good argument than can easily be summarized on social media. Read before you tweet.”

“The idea of excellence is a wire, sometimes barbed, often electrified, strung through nearly every page of Kiese Laymon’s memoir, Heavy. And that excellence is black … By directly addressing his mother and by portraying her as a nuanced and complicated character, Laymon illuminates the fierce love and deception that define his relationship to the woman who made him. This mother love is troubled and troubling. And part of the wonder of Laymon’s book is his commitment to getting as close to the truth as possible, even when it means asking painful questions about what we owe the people who brought us into this world and, somehow, managed to keep us alive in it. In doing so, he compels us to consider the costs of an insistence on excellence as a means to an end and the only conceivable option for a black kid in America. The toll—physical, emotional—is painful to behold, especially for readers who have paid a similar price. Laymon’s writing, as rich and elegant as mahogany, offers us comfort even as we grapple with his book’s unflinching honesty … I don’t know what to make of an America in which we feel compelled to hurt the people we love in order to keep them alive. That Laymon does keep living and even thriving doesn’t mean he and his mother are ever fully free of all they endured along the way. Addictions, toxic tendencies and ailing health emerge like demons summoned by past sins and grievances. And if you find yourself wincing at the detail of this raw family portrait, I’d argue that it’s because it’s not a portrait at all but a mirror.”

“Obama writes with a refreshing candor, as though her keen awareness of her celebrity is matched only by her eagerness to shed the exhausting veneer that helped enable her husband’s political rise … Becoming is at its most striking when it offers readers a glimpse at the preternaturally composed former first lady’s moments of fear and frustration … navigating the jagged terrain of American politics with the added threat of American racism hanging over your family is a punishingly Herculean task. It requires an uncommon resolve. It’s not surprising that Michelle Obama would have felt overwhelmed by the unrelenting negativity hurled at her and her daughters during her husband’s campaigns and presidency. What is startling about Becoming, however, is her willingness to admit to—and detail—these moments of doubt, of fear, of anxiety. After more than a decade of scrutiny, Michelle Obama is now inviting a close read of her life … Becoming is still a political memoir; it functions partly to solidify Barack Obama’s legacy as a complex and multilayered milestone for the country. The book makes the case for the Obama family as definitively American, for Michelle Obama’s concerns as worries that derive from the universal anxieties of marriage and motherhood. Still, Becoming is satisfying for the quiet moments in which Mrs. Obama, the woman who supported a black man named Barack all the way to the presidency, gets to let down her hair and breathe as Michelle LaVaughn Robinson, girl of the South Side.”

“You could read My Sister, The Serial Killer in an afternoon. Braithwaite’s writing pulses with the fast, slick heartbeat of a YA thriller, cut through by a dry noir wit. That aridity is startling, a trait we might expect from someone older, more jaded—a Cusk, an Offill. But Braithwaite finds in young womanhood a reason to be bitter. At the center of these women’s lives is a knot of pain, and when it springs apart, it bloodies the world … Here is the paradox of being young: Am I my blood, or am I my choices? It turns out the deepest and tightest knot of all is identity. Braithwaite’s portrait of Lagos, with its seedy corruption and choking traffic and rigid family norms, makes that search for identity feel even more stifled, more predetermined. It is a portrait in pain, but also in a dark kind of humor. In one scene, Ayoola comes back from a jaunt with one of her beaux. How was it? Korede asks. Ayoola replies, ‘It was fine … except … he died.’ ”