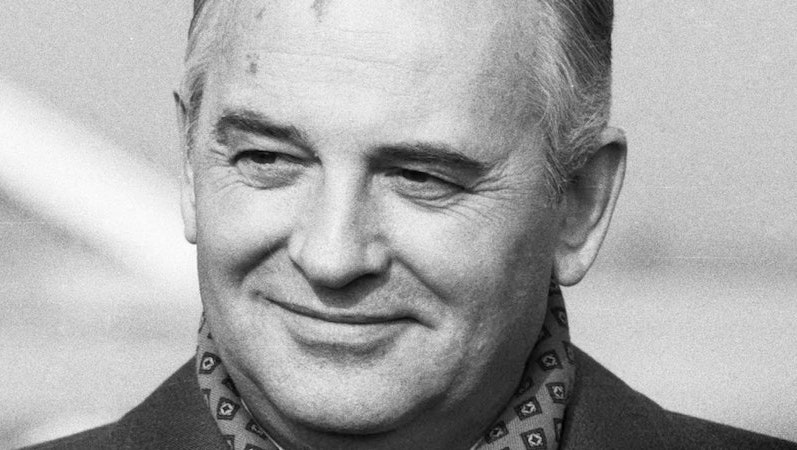 30 Books in 30 Days: Gorbachev: His Life and Times

In the 30 Books in 30 Days series leading up to the March 15, 2018 announcement of the 2017 National Book Critics Circle award winners, NBCC board members review the thirty finalists. Today, NBCC board member Michael Schaub offers an appreciation of biography finalist William Taubman’s Gorbachev: His Life and Times (W.W. Norton & Company).

Of all the world leaders who left their mark on the 20th century, few were as influential and enigmatic as Mikhail Gorbachev, the communist leader whose progressive reforms led to the dissolution of the Soviet Union. He started his career as the Soviet communist party’s great hope; by the time his six-year term in office was over, the changes he spearheaded led to the (temporary, one could argue) democratization of Russia.

For years, observers of geopolitics have wondered what made the man tick — why did Gorbachev, a loyal communist since his childhood, press on with the reforms that he must have known could lead to the demise of his home country? That’s one of several questions that William Taubman tackles in his brilliant biography, Gorbachev: His Life and Times.

Taubman’s book is admirably exhaustive, detailing Gorbachev’s childhood in a small Russian town, where he was active in a communist youth organization. Taubman follows Gorbachev to Moscow, where he went to college, and met the woman who would become his wife, Raisa.  He tracks Gorbachev’s ascent in politics; after years of rising through the ranks, he eventually became the General Secretary of the Soviet Union’s communist party, and thus the country’s de facto leader.

Taubman does an excellent job painting a detailed portrait of Gorbachev, who became a kind of rock star in the United States among Americans who admired his glasnost and perestroika initiatives. Gorbachev was, in many ways, a contradiction; he could be gruff and impatient, but also capable of great compassion. He was an idealist who balked at getting rid of his enemies, which would end up costing him his career, after he failed to move against his longtime rival, Boris Yeltsin.

Gorbachev is a wonderful biography; Taubman displays a deep understanding not only of his subject, but also of the politicians in the Soviet Union and around the world who worked with him. The book is beautifully researched; Taubman draws on a host of sources, including several interviews with key players such as George H.W. Bush, James Baker, Eduard Shevardnadze, and Gorbachev himself. The result is an infinitely readable biography, one that is as intelligent as it is well written.

Michael Schaub is a regular contributor to NPR and the Los Angeles Times. His journalism has appeared in the New York Times Book Review, the Washington Post, the San Francisco Chronicle, and the Guardian, among other publications. He lives in Austin, Texas.

Michael Schaub is a freelance journalist and regular contributor to NPR and the Los Angeles Times. His work has appeared in The New York Times Book Review, The Washington Post, The San Francisco Chronicle, The Guardian, and other publications. He lives in Austin, Texas.
Share:
© LitHub | Privacy
%d bloggers like this: